You are here: Home / Computers and Smartphones / DJI's RS3 mirrorless camera stabilizer unlocks automatically and is easier to balance

DJI has significantly expanded its gimbal lineup with the RS3 and RS3 Pro models designed for mirrorless and cinema cameras. It also launched some other interesting cinema products derived from the innovative Ronin 4D camera gimbal, including a LiDAR focusing system and “DJI Transmission” for remote monitoring and control of compatible gimbals. Finally, it announced that it has joined Panasonic and Leica’s full-frame L-Mount alliance and unveiled a compensation for removing ProRes RAW from the Ronin 4D.

DJI’s flagship mainstream gimbal is now the DJI RS3. The key new feature over the RSC 2 is an automatic locking system that releases and unfolds the gimbal when it’s turned on, then folds and locks it when turned off. That avoids the usual dance of steadying the camera by hand when turning off the gimbal, then manually locking three separate axes. 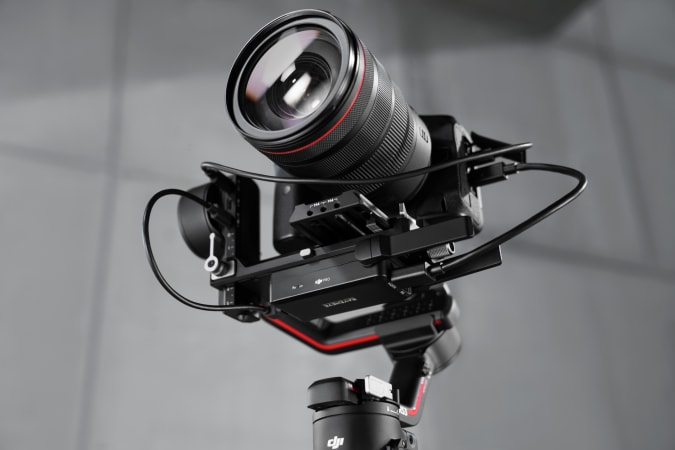 Tapping the power button sends it into sleep mode, “which makes powering on the device, stowing it away and relocating much faster,” DJI notes. It also uses quick-release plates for “position memory” so in theory, you only have to balance your camera once.

It weighs in at just under 2.8 pounds but can handle a payload of 6.6 pounds, enough to support most mainstream mirrorless cameras. The 3rd-generation stabilization algorithm offers a 20 percent improvement over the RSC 2, so it’s easier to shoot low angles, running or filming from a moving vehicle. For longer lenses up to 100mm, SuperSmooth provides further electronic stabilization. 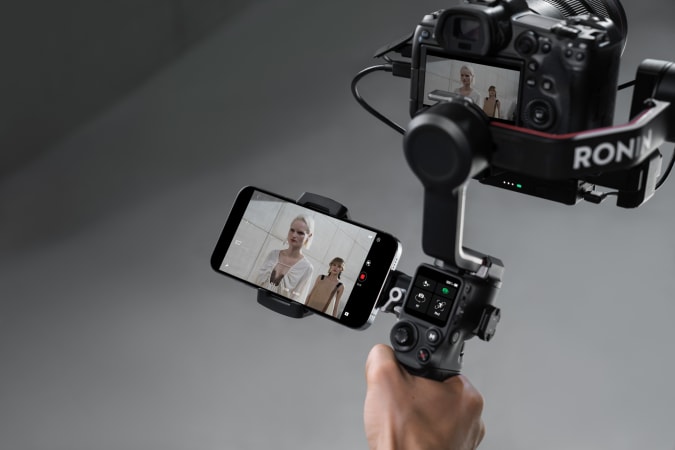 It has a Bluetooth shutter button that supports automatic connection without the need for a camera control cable, along with a 1.8-inch full-color OLED display with 80 percent more surface area than the RSC 2. That screen allows a full gimbal setup in most scenarios without connecting the mobile app, while the redesigned UI and control layout makes it easier to operate. Part of that is a new physical gimbal mode switch that lets you select pan follow, pan and tilt follow and FPV modes instantly.

Finally, a new battery grip provides up to 12 hours of battery life and can be easily changed out via a quick release system. It supports PD fast charging at 18 watts and can be charged independently or during use for non-stop operation. The DJI RS3 gimbal is now available from authorized retailers and at DJI’s store priced at $550 for the standalone gimbal and $720 for the DJI RS3 Combo that adds a briefcase handle, focus motor, second control cable and a carrying case. 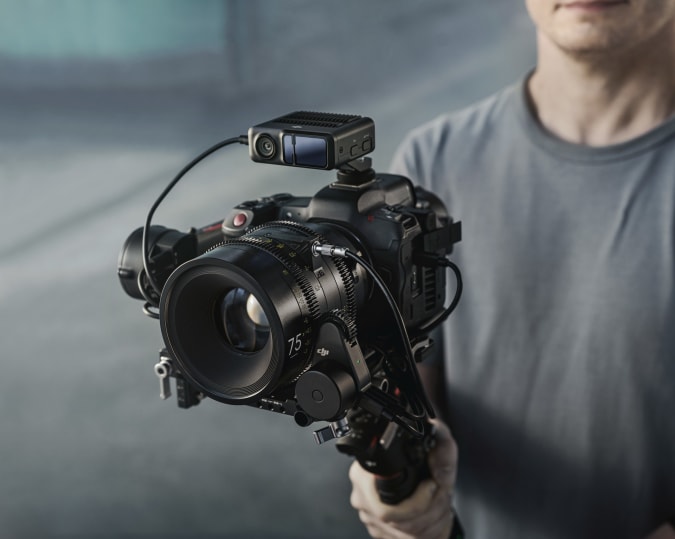 Next up is the RS3 Pro, another technological tour de force from DJI. It’s built from carbon fiber so it weighs just 3.3 pounds, but can handle up to 10 pounds of payload — enough for pro cinema cameras like the Sony FX6, Canon C70 and RED Komodo. Like the RS3, it also has the new automated axis lock system, Bluetooth shutter button, 1.8-inch OLED touchscreen and gimbal mode switch.

The RS3 Pro borrows a key feature from the Ronin 4D, the optional DJI LiDAR Range Finder. It projects 43,200 ranging points within a 46 foot indoor area, and powers a next-generation focus motor with extra torque and one-step mounting. That allows for “autofocus on manual lenses with no need for repetitive calibration,” according to DJI. 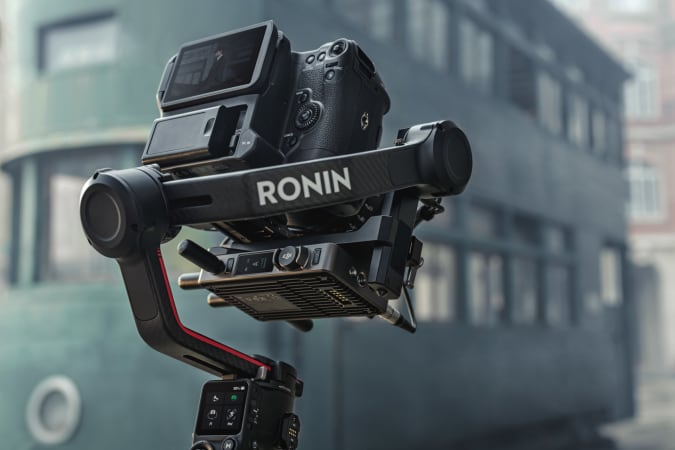 The LiDAR Range Finder has the same chip as the one on the Ronin 4D and a built-in 30mm camera, giving similar ActiveTrack Pro focus and gimbal tracking capabilities. That will allow pro cameras to maintain steady, clear shots in “even more dynamic scenarios,” DJI says. The RS3 Pro is now available starting at $870 or $1,100 in a combo with an extended quick release plate, phone holder, focus motor and kit, Ronin Image Transmitter and more. The LiDAR Range Finder will be sold separately priced at $660.

DJI has also announced that it’s selling the DJI Transmission remote control/monitor seen with the Ronin 4D as a separate device. It uses DJI’s O3 tech used on drones like the Mavic 3, transmitting video in 1080p/60fps at a ground range of up to 20,000 feet with end-to-end ultra-low latency. Monitoring is done via the 7-inch, 1,500-nit High-Bright Remote Monitor. 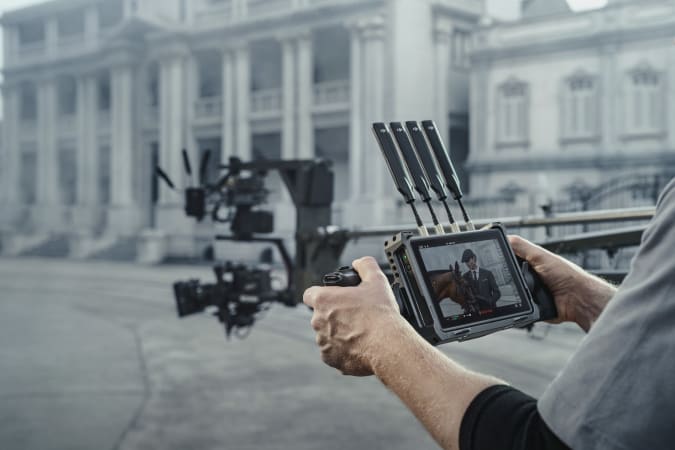 With compatible devices like the RS3 Pro, you can not only monitor and record video output but also control the gimbal, camera recording and more, using the DJI Master Wheel and Force Pro. It also adds a DFS band that allows for up to 23 channels, letting large crews work simultaneously with ten or more transmitters. The DJI Transmission arrives this September for $2,500 or you can purchase the High-Bright Monitor separately for $1,700.

Finally, DJI announced that it’s now a member of the L-Mount Alliance and has partnered with Leica on the Zenmuse X9 L-Mount unit that’s compatible with Leica, Panasonic and Sigma L-Mount lenses. And for any Ronin 4D buyers disappointed with the removal of Apple ProRes RAW support, DJI announced that it will support Apple ProRes 4444 XQ, the highest-quality ProRes codec short of ProRes RAW.

Instacart rethinks its subscription plan with a focus on family sharing